Osun state Deputy Chairman of the All Progressives Congress, Alhaji Azeez Adesiji has led some members of the party’s State Working Committee to defect from the party.

The politicians whose defection came after the party’s gubernatorial primary ahead of the September 22 election were said to have joined the Action Democratic Party (ADP). 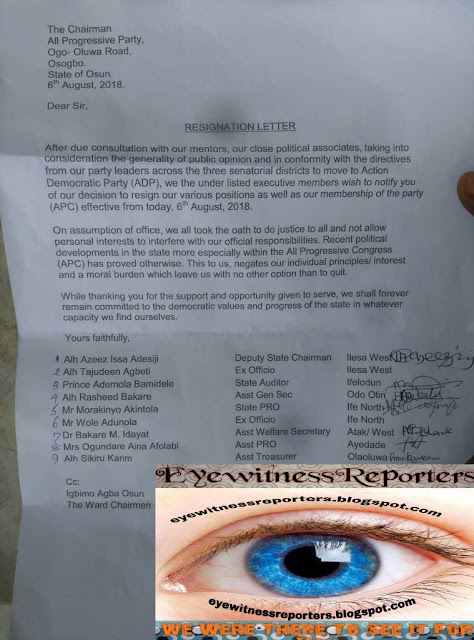