Israel Adesanya recently said: “We fight for Africa, we fight to reclaim our lost treasures. Hundreds of years ago they took from us but today we’re bringing it back home.” 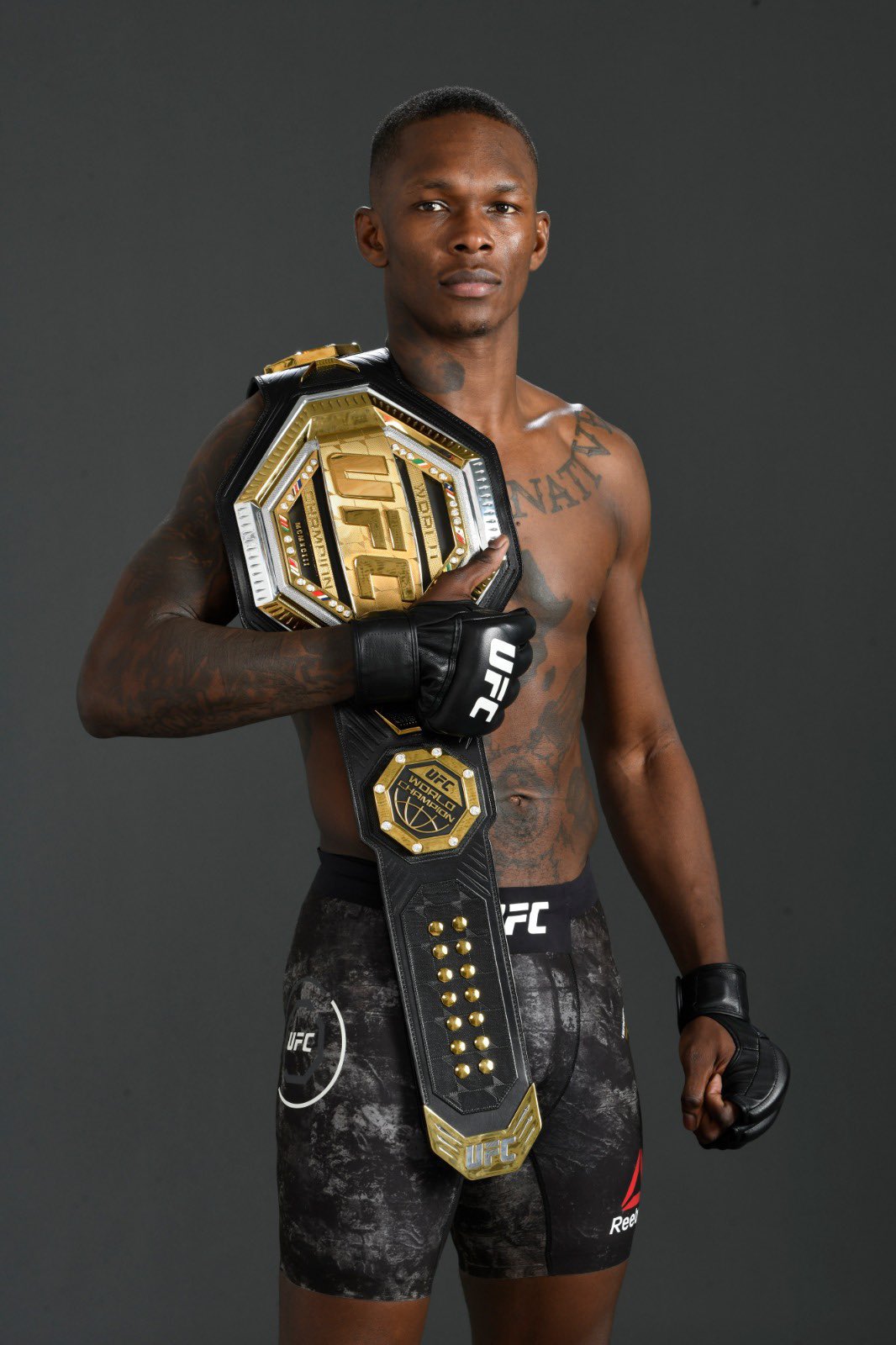 Israel Adesanya is a Nigerian-born New Zealand professional mixed martial artist born on 22 July 1989 (age 31 years). He has also competed in kickboxing and boxing. As a mixed martial artist, he is currently signed to the Ultimate Fighting Championship, where he is also the UFC Middleweight Champion. Israel Adesanya has an undefeated record of 20 wins and no losses. He is popularly known as The Last Stylebender.

Kamarudeen Usman is a Nigerian-American born on 11 May 1987 (age 33 years). Kamaru is a mixed martial artist who competes in the Ultimate Fighting Championship. He is the current UFC Welterweight Champion. Usman is also The Ultimate Fighter 21 tournament winner. As of July 14, 2020, he is number 5 in the UFC men’s pound-for-pound rankings. He is popularly known as the Nigerian Nightmare.

Sodiq Olamide Yusuff is a Nigerian–American born on 19 May 1993 (age 27 years). Sodiq is also a mixed martial artist who competes in the Ultimate Fighting Championship in the Featherweight division. As of July 14, 2020, he is number 11 in the UFC featherweight rankings. He is popularly known as the Super.

Hakeem Dawodu is a Nigerian-Canadian mixed martial artist born on 2 July 1991 (age 29 years). Hakeem is currently signed to Ultimate Fighting Championship and fights in the Featherweight division. He has also previously competed for the World Series of Fighting. He is popularly known as Mean.

Kennedy Nzechukwu is a Nigerian born on 13 June 1992 (age 28 years). Hakeem is also currently signed to Ultimate Fighting Championship and fights in the Light Heavyweight. He made his Octagon debut on August 22, 2017. He is popularly known as African Savage.

They are all doing well, representing and making Nigeria proud.

READ ALSO: 9 Fighters Israel Adesanya Has Taken Down to be UFC Middleweight Champion