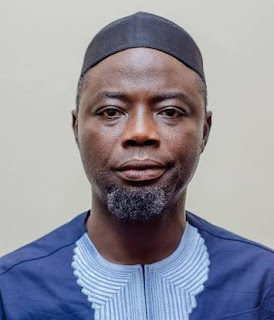 Adewale Adetoyese
Osun State Commissioner for Local Government and Chieftaincy Affairs, Barrister Kolapo Alimi on Wednesday was criticized for joking about the health condition of the Peoples Democratic Party’s gubernatorial candidate in the last election in the state, Senator Ademola Adeleke on radio.

Eyewitnessreporters gathered that the Commissioner had lightly said, “I want to wish the Distinguished Senator Ademola Adeleke a quick recovery, because I learnt that he couldn’t make it to court for an appearance due to illness linked to stooling.”

Alimi who is a law expert made the comment during a radio program titled ‘Frank Talk’ in Osogbo was immediately cautioned by the anchor who said he doesn’t have the qualification to prescribe a drug.

In the same vein, several listeners also phoned in to condemn the comment, urging him to be a gentleman.

The Commissioner was invited by the media outlet alongside a chieftain of the Peoples Democratic Party to discuss issues surrounding the past gubernatorial election in the state.