Israel Adesanya popularly known as “THE LAST beat up Paulo Costa on Saturday night in a dominant defence of his middleweight title, winning by TKO in the second round.

Israel Adesanya is a Nigerian-born New Zealand professional mixed martial artist. He has also competed in kickboxing and boxing. As a mixed martial artist, he is currently signed to the Ultimate Fighting Championship, where he is the UFC Middleweight Champion and has an undefeated record of 20 wins and no losses. Isreal Adesanya knew what he was doing when he chose Rugged Man x 9ice – “Ruggedy Baba” as his entry song. Incredible performance from the naija born fighter. He made light work of Paulo Costa and stopped him in the second round. Adesanya has a net worth of $2 million. Notably, he earned over $540,000 in his fight with Yoel Romero. 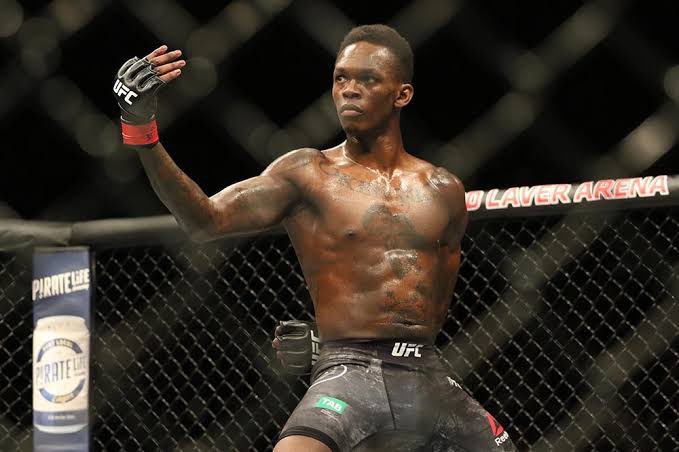 The Nigerian-born fighter started his career as a kickboxer in September 2011 and won his first five fights, before suffering his first and second losses in back-to-back fights in 2014. He then went on a tear winning his next 12 fights and won the King of the Ring 86 Cruiserweights Tournament twice and the heavyweights tournament once.

His winning run was ended by Brazilian Pereira at Glory of Heroes 1 in 2016 but he then won another six fights in a row, capturing the Glory Middleweight Championship. The 30-year-old finished his kickboxing career before moving into MMA full time with a final two defeats. He lost to Jason Wilnis at Glory 37 before failing to get revenge of Pereira in his only KO loss. 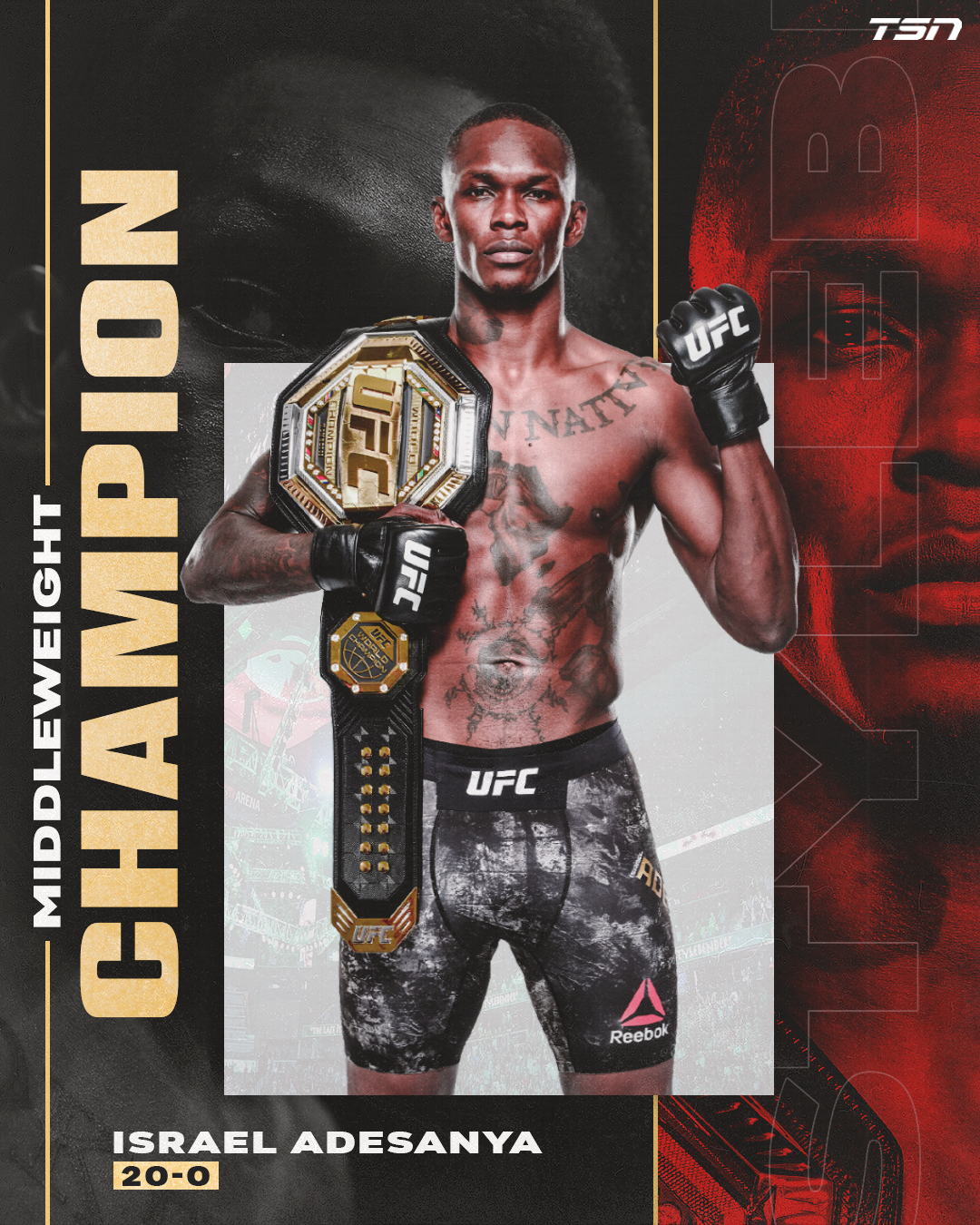 The Undisputed and Undefeated Israel Adesanya takes his MMA record to 20-0 and his updated resume now includes wins over:

Israel Adesanya said: “We fight for Africa, we fight to reclaim our lost treasures. Hundreds of years ago they took from us but today we’re bringing it back home.” 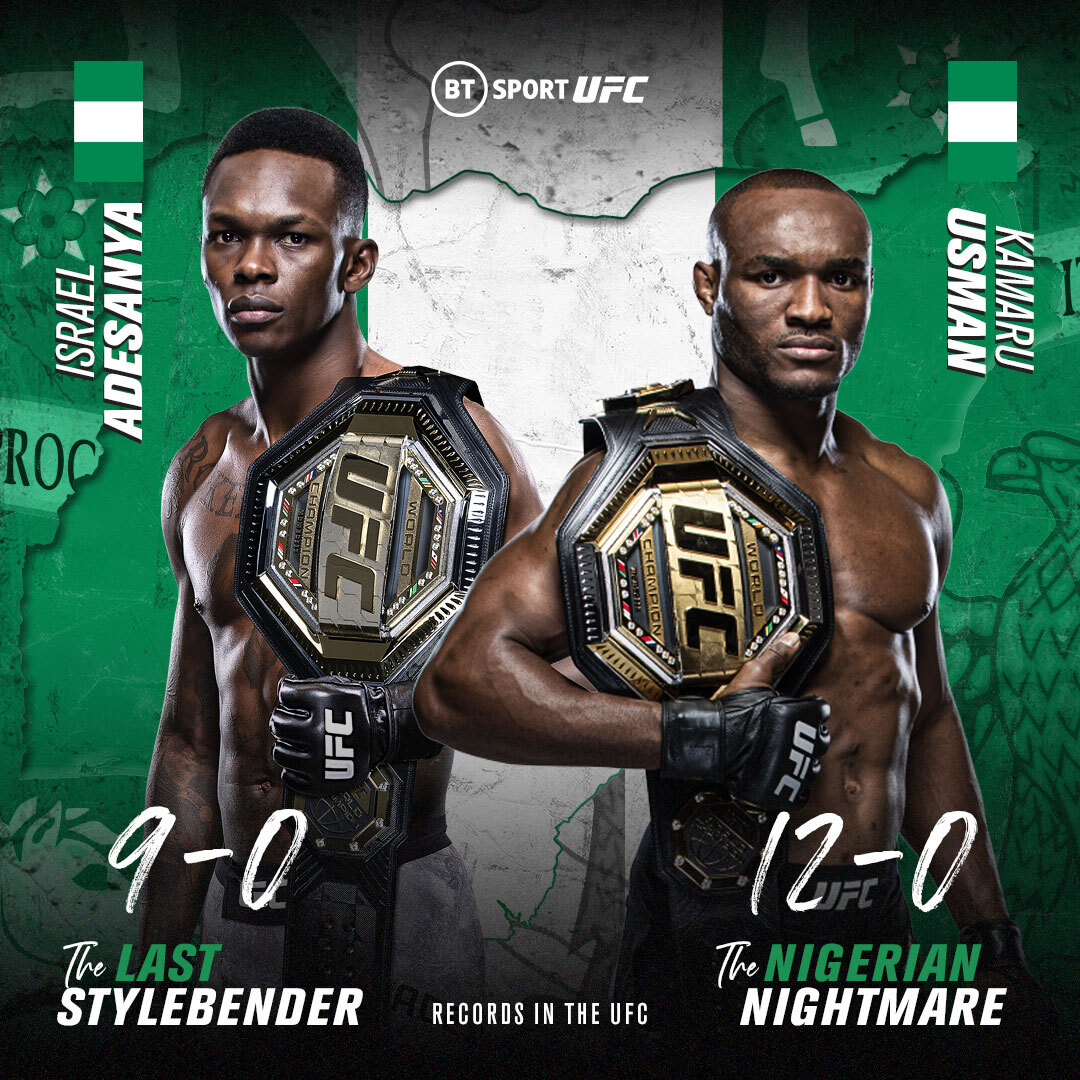 Two Nigerian champions representing on the biggest stage of all.